Thomas Ruff is one of the most representative contemporary German photographers. When studying at Düsseldorf Art Academy, he was strongly influenced by  Bernd and Hilla Becher, whose works I wrote about earlier. What fascinates me particularly about Ruff is the variety in his opus, flexibility in choice of topics and media as well as versatility in portraying those topic. In that way, you find in his works everything from Portraits, very plastic depiction of houses (Häuser), astronomic and scientific images of stars (Sterne, Zycles, cassini, ma.r.s), where Ruff collaborated even with Nasa and was inspired by electromagnetism, to Nudes. When it comes to media, Ruff experimented with pixelisation (jpeg) but also with collages and posters, juxtaposing two images to create one portrait, stereo photography as well as night photography using the spy equipment.

Thomas Ruff could be seen earlier in Venice Biennale, Documenta in Kassel and MoMa, just to name few. Currently his exhibition is shown in Haus der Kunst in Munich and here I am showing only a little preview of it. 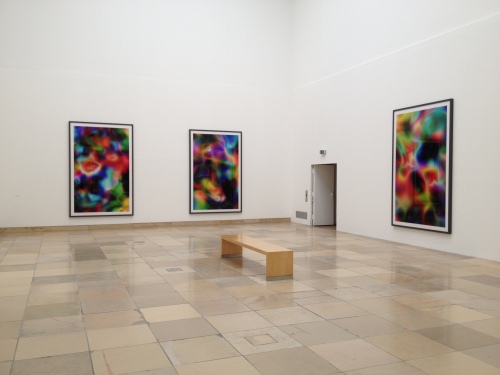